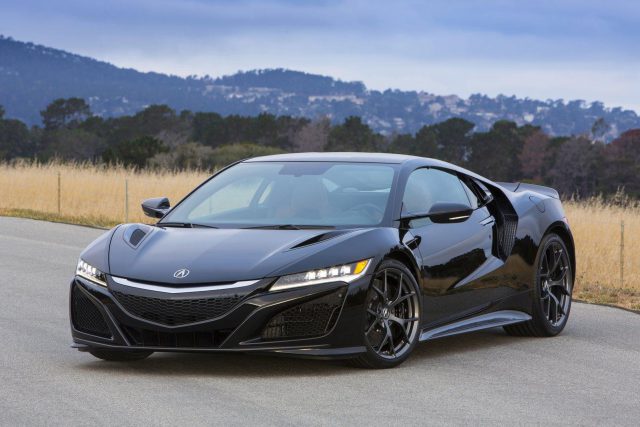 Acura finally released the pricing for the long-awaited 2017 NSX.

The first production unit will be sold at the Barrett-Jackson collector car auction in Scottsdale, AZ at the end of next month. Order bank will be opened Feb.25, 2016.

Below is a brief recap of the 2017 NSX’s specifications:

Please enjoy the below gallery and get more information from the following press release.

Designed, developed and manufactured in America, the 2017 Acura NSX will have a Manufacturer’s Suggested Retail Price (MSRP)1 of $156,000 in the U.S. and will top out at $205,700 when equipped with all available factory features and options1. As Acura’s first build-to-order vehicle, customers will be able to design their NSX by selecting one of eight rich exterior colors and four interior color schemes available in three different seating surface options. Customers can further customize their NSX through several exterior and interior features including three wheel designs with painted or polished finish, carbon-ceramic brake options, a carbon fiber interior sport package, carbon fiber roof, and more.

“The NSX is the pinnacle expression of Acura precision crafted performance and we’re thrilled to take the next step toward bringing it to market,” said Jon Ikeda, vice president and general manager of the Acura Division. “We’re creating new space within the supercar realm, pushing the envelope beyond the conventional thinking about supercars – just like the original NSX.”

The 2017 NSX will be the first all-new Acura vehicle to be auctioned for the benefit of charitable organizations – certified to be the very first serial production NSX. The winner will be able to customize their NSX to their choosing.

“The very first production NSX will be such a special and historic vehicle, so we wanted to make sure we treat the sale of it in an equally special way,” said Ikeda. “It will be available for purchase by anyone – anyone that is, who submits the highest bid for VIN number 001 at the world famous Barrett-Jackson auction. And we’re pleased to be able to sup 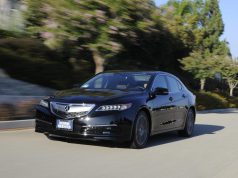