If you raise the bar that the engine output is near or at the 500 hp level, your are left with the GLS63 AMG only, which causes you 6-digit dollars.

However later this year, there will be one more member entering the market, which provides you near 500 hp, and also rooms to seat 6 people: the 2018 Dodge Durango SRT.

Compared to the “standard” Durango, there is no structural change on the SRT model. Major differences are:

We expect the Durango SRT will start with a MSRP around $70k. While asking for such amount of money on a non-luxury SUV seems to be steep, it does make a reasonable business case given that, the remotely comparable Mercedes GLS550 starts at more than $90k; the X5 xDrive50i’s price is close, but it is much smaller (the 3rd-row seat is toddler size) and its 4.4L turbo V8 is less powerful. 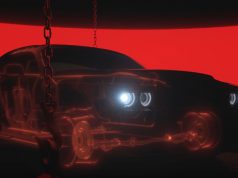 Will the 2018 Dodge Challenger SRT Demon Has AWD?